During a decade of massive world changes, 22-year-old airman Jerry Ward took part in arguably the biggest event of the timespan ⁠— the famous Apollo 11 mission. Fifty years later, the Metcam Co-Founder and Vice President looks back at his role in helping the first human beings to land on the moon.

Millions of television viewers had high anticipation before mankind first stepped foot on the moon on July 20, 1969. Ward, co-owner and vice president of operations of local manufacturing company Metcam, had his fair share of taxing moments before euphoria hit him on landing night. 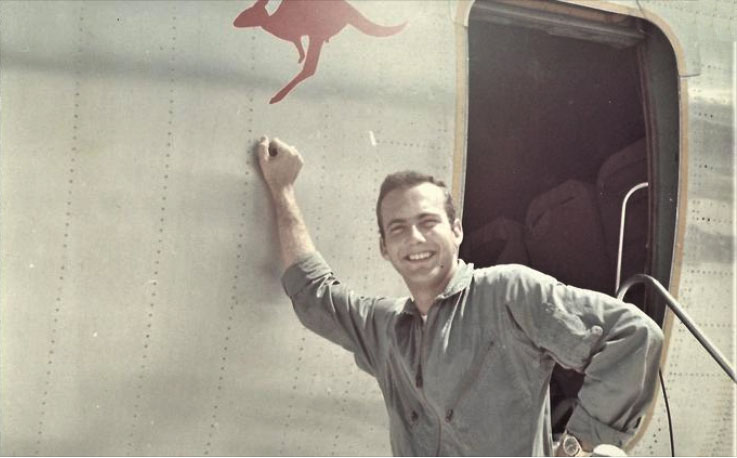 Jerry Ward, Metcam co-founder and vice president of operations, worked as an avionics technician during the Apollo 11 mission which landed the first men on the moon.

If the support plane couldn’t fly, there’d be quite a problem, Ward said. And problems didn’t affect only Ward at Patrick.

“One time I had a problem with my system, and I was just sweating bullets because I couldn’t get it fixed. I couldn’t find the problem,” Ward said. “And everybody was there waiting … they couldn’t do anything until that plane was fixed. Obviously I had about 40 guys trying to help me. Finally found it — it was a bad wire back in the tail of the aircraft.”

The moon landing was more than a milestone. In the early 1960s, President John F. Kennedy said the U.S.’s goal was to put a man on the moon, but he never saw it accomplished. He was assassinated in 1963.

Even before that tragedy, the American public lacked confidence in achieving the moon landing due to advancements the-then Soviet Union had already made in space, and morale was low, Ward said.

“Everything was unknown. There were so many people that said we wouldn’t make it to the moon,” said Ward, who was in Australia when Apollo 11 launched and in Hawaii when it landed. “But when you think that your cellphone has more power than all the computers that were on that Apollo aircraft, they did all of this stuff with such precision. These airplanes were designed to do what they were doing. When you think about it, it was such a massive undertaking.”

It was such an unbelievable victory, Ward said, when astronauts Neil Armstrong and Buzz Aldrin left the spacecraft and planted the American flag on the moon.

“President Kennedy had been killed, and that was his request,” Ward said. “And that drove everybody with his request to have a man on the moon before the century was over… There was nothing that was going to stop people from doing that. It was a mandate from an assassinated president, the way we looked at it.”

Ward served on Apollo missions 7 through 12 and learned invaluable skills from the experience that he has applied at Metcam.

“The Apollo work taught me a sense of urgency, esprit de corps, teamwork, devotion to my job, and gave me a real sense of pride,” Ward said. “I went on, to the best of my knowledge, to become the youngest E-6 in the Air Force. I have taken those values and incorporated them into all aspects of my life.”